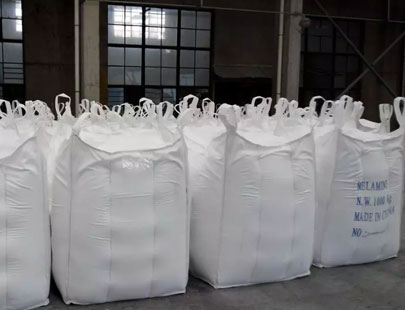 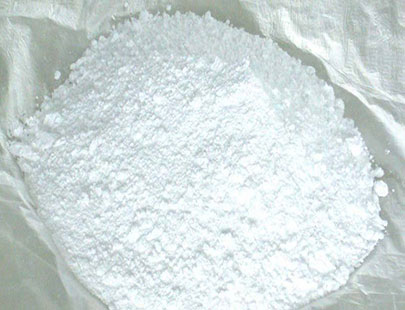 For providing anti-crease treatment to cotton and other fabrics. 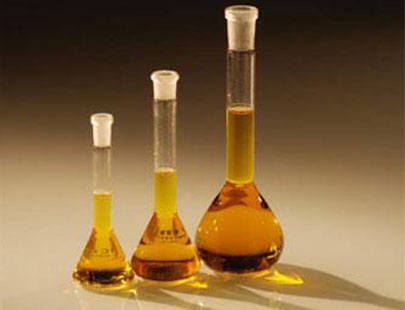 Algaecides are chemicals that kill algae and blue or green algae, when they are added to water. Examples are copper sulphate, iron salts, rosin amine salts and benzalkonium chloride. Algaecides are effective against algae, but are not very usable for algal blooms for environmental reasons. The problem with most algaecides is that they kill all present algae, but they do not remove the toxins that are released by the algae prior to death .

Foam is a mass of bubbles created when certain types of gas are dispersed into a liquid. Strong films of liquid than surround the bubbles, forming large volumes of non-productive foam. The cause of foam is a complicated study in physical chemistry, but we already know that its existence presents serious problems in both the operation of industrial processes and the quality of finished products. When it is not held under control, foam can reduce the capacity of equipment and increase the duration and costs of processes. Antifoam blends contain oils combined with small amounts of silica. They break down foam thanks to two of silicone's properties: incompatibility with aqueous systems and ease of spreading.
Antifoam compounds are available either as powder or as an emulsion of the pure product.

Antifoam powder covers a group of products based on modified polydimethylsiloxane. The products vary in their basic properties, but as a group they introduce excellent antifoaming in a wide range of applications and conditions.
The antifoams are chemically inert and do not react with the medium that is defoamed. They are odourless, tasteless, non-volatile, non-toxic and they do not corrode materials. The only disadvantage of the powdery product is that it cannot be used in watery solutions.

Antifoam powder covers a group of products based on modified polydimethylsiloxane. The products vary in their basic properties, but as a group they introduce excellent antifoaming in a wide range of applications and conditions.
The antifoams are chemically inert and do not react with the medium that is defoamed. They are odourless, tasteless, non-volatile, non-toxic and they do not corrode materials. The only disadvantage of the powdery product is that it cannot be used in watery solutions.

In laboratory tests a maximum tolerable microbial population limit in systems is determined. When these data are known in many cases the number of bacteria and other microrganisms needs serious reduction. This can be accomplished by addition of biocides; chemical compounds that are toxic to the present microrganisms. Biocides are usually slug fed to a system to bring about rapid effective population reductions from which the microrganisms cannot easily recover. There are various different biocides, some of which have a wide range of effect on many different kinds of bacteria. They can be divided up into oxidising agents and non-oxidising agents.

Chlorine dioxide is an active oxidising biocide, that is applied more an more due to the fact that is has less damaging effects to the environment and human health than chlorine. It does not form hydrochlorous acids in water; it exists as dissolved chlorine dioxide, a compound that is a more reactive biocide at higher pH ranges.
Chlorine dioxide is an explosive gas, and therefore it has to be produced or generated on site, by means of the following reactions: Cl2 + 2 NaClO2 -> 2 NaCl + 2 ClO2
2 HCl + 3 NaOCl + NaClO2 -> 2 ClO2 + 4 NaCl + H2O.

These are organo-chlorine compounds that will hydrolyse into hypochlorous acid and cyanuric acid in water. The cyanuric acid reduces chlorine loss due to photochemical reactions with UV-light, so that more hydrochlorous acid will originate and the biocidal action will be enhanced.

Ozone is naturally instable. It can be used as a powerful oxidising agent, when it is generated in a reactor. As a biocide it acts in much the same way as chlorine; it disturbs the formation of ATP, so that the cell respiration of microrganisms will be made difficult. During oxidation with ozone, bacteria usually die from loss of life-sustaining cytoplasm.
While the oxidation process takes place ozone parts into oxygen and an ozone atom, which is lost during the reaction with cell fluids of the bacteria:
O3 -> O2 + (O)
A number of factors determine the amount of ozone required during oxidation, these are pH, temperature, organics and solvents, and accumulated reaction products.
Ozone is more environmentally friendly than chlorine, because it does not add chlorine to the water system. Due to its decomposition to oxygen it will not harm aquatic life.
Usually 0.5 ppm of ozone is added to a water system, either on continuous or intermittent basis.

Acrolein is an extremely effective biocide that has an environmental advantage over oxidising biocides, because it can easily be deactivated by sodium sulphite before discharge to a receiving stream.
Acrolein has the ability to attack and distort protein groups and enzyme synthesis reactions. It is usually fed to water systems as a gas in amounts of 0.1 to 0.2 ppm in neutral to slightly alkaline water.
Acrolein is not used very frequently, as it is extremely flammable and also toxic.

Amines are effective surfactants that can act as biocides due to their ability to kill microrganisms. They can enhance the biocidal effect of chlorinated phenolics when they are applied in water.

Copper salts have been used as biocides for a long time, but their use has been limited in recent years due to concerns about heavy metal contamination. They are applied in amounts of 1 to 2 ppm. When the water that is treated is located in steel tanks copper salts should not be applied, because of their ability to corrode steel. Copper salts should not be used in water that will be applied as drinking water either, because they are toxic to humans.

Quaternary ammonium salts are surface-active chemicals that consist generally of one nitrogen atom, surrounded by substitutes containing eight to twenty-five carbon atoms on four sights of the nitrogen atom. These compounds are generally most effective against bacteria in alkaline pH ranges. They are positively charged and will bond to the negatively charged sites on the bacterial cell wall. These electrostatic bonds will cause the bacteria to die of stresses in the cell wall. They also cause the normal flow of life-sustaining compounds through the cell wall to stop, by declining its permeability.
Use of quaternary ammonium salts is limited, due to their interaction with oil when this is present and the fact that they can cause foaming.

Oxygen scavenging means preventing oxygen from introducing oxidation reactions. Most of the naturally occurring organics have a slightly negative charge. Due to that they can absorb oxygen molecules, because these carry a slightly positive charge, to prevent oxidation reactions from taking place in water and other liquids.
Oxygen scavengers include both volatile products, such as hydrazine (N2H4) or other organic products like carbohydrazine, hydroquinone, diethylhydroxyethanol, methylethylketoxime, but also non-volatile salts, such as sodium sulphite (Na2SO3) and other inorganic compounds, or derivatives thereof. The salts often contain catalysing compounds to increase the rate of reaction with dissolved oxygen, for instance cobalt chloride.

Municipal water is often pH-adjusted, in order to prevent corrosion from pipes and to prevent dissolution of lead into water supplies. During water treatment pH adjustments may also be required. The pH is brought up or down through addition of basics or acids. An example of lowering the pH is the addition of hydrogen chloride, in case of a basic liquid. An example of bringing up the pH is the addition of natrium hydroxide, in case of an acidic liquid.
The pH will be converted to approximately seven to seven and a half, after addition of certain concentrations of acids or basics. The concentration of the substance and the kind of substance that is added, depend upon the necessary decrease or increase of the pH.

Scale is the precipitate that forms on surfaces in contact with water as a result of the precipitation of normally soluble solids that become insoluble as temperature increases. Some examples of scale are calcium carbonate, calcium sulphate, and calcium silicate.
Scale inhibitors are surface-active negatively charged polymers. As minerals exceed their solubility's and begin to merge, the polymers become attached. The structure for crystallisation is disrupted and the formation of scale is prevented. The particles of scale combined with the inhibitor will than be dispersed and remain in suspension.
Examples of scale inhibitors are phosphate esters, phosphoric acid and solutions of low molecular weight polyacrylic acid. 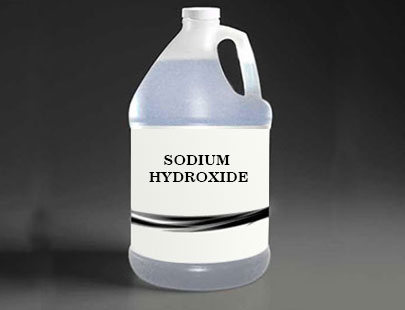 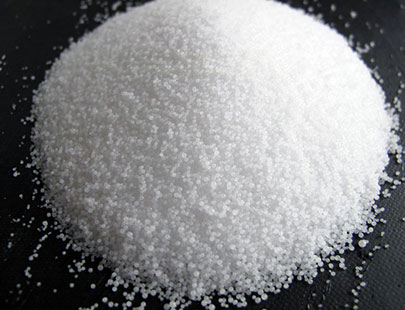 Due to caustic soda factors, it has used in many different industries. Here is a brief list of these industries.
In the food industry: milk industry, canning, olive sweetening, water treatment, chocolate production, cocoa and caramel production, vegetable and fruit washing, soft drinks, oil refining, sugar, and sugar production.
In the metal and electroplating industries: metal, zinc, aluminum, galvanizing and electroplating, glass.

Caustic soda is known as Sodium Hydroxide, a chemical substance used in the industry. It is an odorless, white crystalline, transparent, non-volatile, and highly corrosive, which absorbs air humidity easily. When dissolved with water or neutralized with acid, it produces a considerable amount of heat.

Caustic soda has a variety of features, which make this highly consumable material in many industries very popular.

Among these features are the following: